For Smart World Partners, digital technologies, by their major impact on the whole of society, companies and territories, represents a formidable opportunity to provide solutions to the great challenge we are facing at a global level: how to reconcile economic growth for all and fast ecological transition in order to preserve the environment and the planet?

The current Covid-19 health crisis demonstrates “in vivo” how high-speed telecom networks have become essential infrastructures for all of us, enabling teleworking, distance learning, medical teleconsultation and the maintenance of exchanges and social links despite the confinement.

But while digital technology is an opportunity, it also represents a major risk of fracture if it is not inclusive, if its appropriation does not affect all socio-economic classes in society, if territories are excluded because they are not served, for example, by highspeed fixed and mobile networks.

And in this context, we are convinced that the deployment of networks and the digital development of territories cannot be left to market intervention alone, but that they must be part of a real public policy alongside and in perfect coordination with private players.

At Smart World Partners, we therefore want specialists in public-private intervention in digital matters because we are convinced that it is only by reconciling the values of public service and the efficiency of private players that we will succeed in spreading digital technology across all the territories in order to enable everyone to take the most out of it.

Smart World Partners primarily relies on the strong expertise of its teams in telecoms and energy, acquired with telecoms operators, energy specialists and consulting firms. The founding partners of the firm have a total of 60 years of experience in these fields, which gives them the necessary knowledge and hindsight to advise their clients in the best possible way in these areas.

But beyond this expertise, we favor creativity and pragmatism, in order to adhere as much as possible to the specificities of our clients and thus bring out relevant solutions for the territories, avoiding as much as possible out of touch position, disconnected from the reality of the field.

Finally, our values include humility and listening, and the desire to develop a long-term relationship, professional but also personal, based on the trust and intuitu personae, with the players in our ecosystem, whether they are clients, partners or institutions. 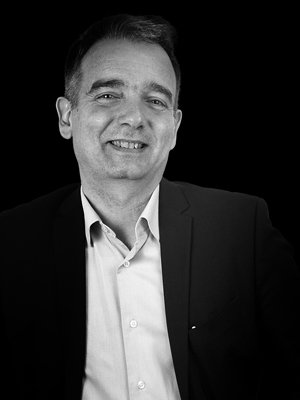 President of Smart World Partners and Telecom Engineer, Pierre-Michel ATTALI has been working for nearly 20 years in the field of digital regional development, smart cities and data centers.

Pierre-Michel assists local authorities, State services, regulatory authorities and governments abroad in their strategic thinking for the implementation of high and very high-speed broadband networks in their territories, as well as for the development of smart city and data center projects. Since 2004, he has managed numerous procedures in order to delegating public services or, more generally, public-private partnerships on behalf of local authorities, and therefore has a perfect command of the technical, economic, financial and legal issues related to this type of project.

Pierre-Michel also leads international missions, particularly in Africa, on issues of digital development and smart cities in the countries concerned, based on feedback from the French model of public-private intervention.

Finally, Pierre-Michel ATTALI is Vice-Chairman of the Regulation and Regulatory Commission of the InfraNum Business Federation, which now brings together more than 200 companies involved in the development of digital networks and smart city.

Pierre-Michel also represents SWP within the Alliance Green IT Federation, which brings together companies committed to the development of sustainable digital technology and concerned about its environmental impact, as well as within the Circle of Reflection for the Development of Optics (Cercle de Réflexion pour le Développement de l’Optique) (CREDO). 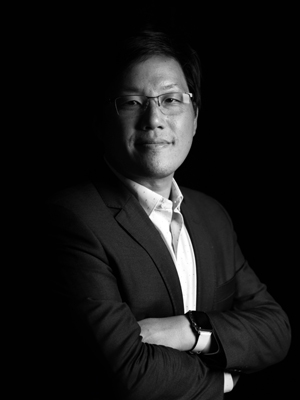 Dominique assists local authorities, State services, regulatory authorities and foreign governments in their strategic thinking for the implementation of high and very high-speed broadband networks in their territories, as well as for the development of smart city and data center projects.

In particular, he has responded to calls for tender for Public Service Delegations on behalf of “SFR Collectivités” and, since 2018, has managed public service delegation procedures or public-private partnerships on behalf of local authorities in local authority consulting firms.

He is therefore familiar with the technical, economic, financial and legal issues related to this type of project.

In addition, Dominique has already led international missions, particularly in Africa, on digital development and smart city issues in the countries concerned, drawing on feedback from the French model of public-private intervention. 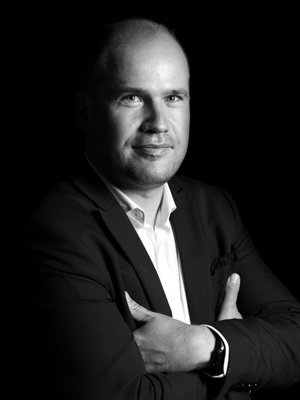 Olivier assists local authorities and private operators in the field of digital development of territories in their strategic reflections for the implementation of high and extremely high speed fixed and mobile networks.

He specializes in the deployment and operation of fixed and mobile network infrastructures and has significant skills in project management and management control.

Olivier works in particular on the operational control and marketing of PSDs, work contracts, technical controls for banks and has had several significant experiences as an interim manager of private and public initiative network concessions, enabling him to master the spectrum of intervention of all the players in the very high-speed broadband market.

For more than 12 years, Nicolas has been supporting public players and operators in the field of digital regional development.

He is particularly involved in the definition of local and national strategy with French local authorities (Aude, Bouches-du-Rhône, Gers, Montpellier) and African governments (Guinea, Togo, Gabon).

Nicolas has multiplied his experiences among operators as a response coordinator in a pre-sale’s unit but also as a Public Initiative Network concession manager. In this capacity, he has an excellent vision of the digital challenges facing both public players and operators.

He also has experience in the strategic support and development of projects in the field of digital uses and services thanks to multiple references in the evaluation of public policies and the implementation of strategies in this field.

consulting missions carried out over the past 10 years

partners in the legal,
financial, engineering
and consulting fields

We thank you for your interest in Smart World Partners. You want to join us? Our consultants are passionate about digital world and have a sense of costumer support. If you think you have these two qualities, we will be delighted to have you by our side.

This website uses cookies to improve your experience while you navigate. By using the service, you consent to the use of cookies.OkNoPolitique de confidentialité